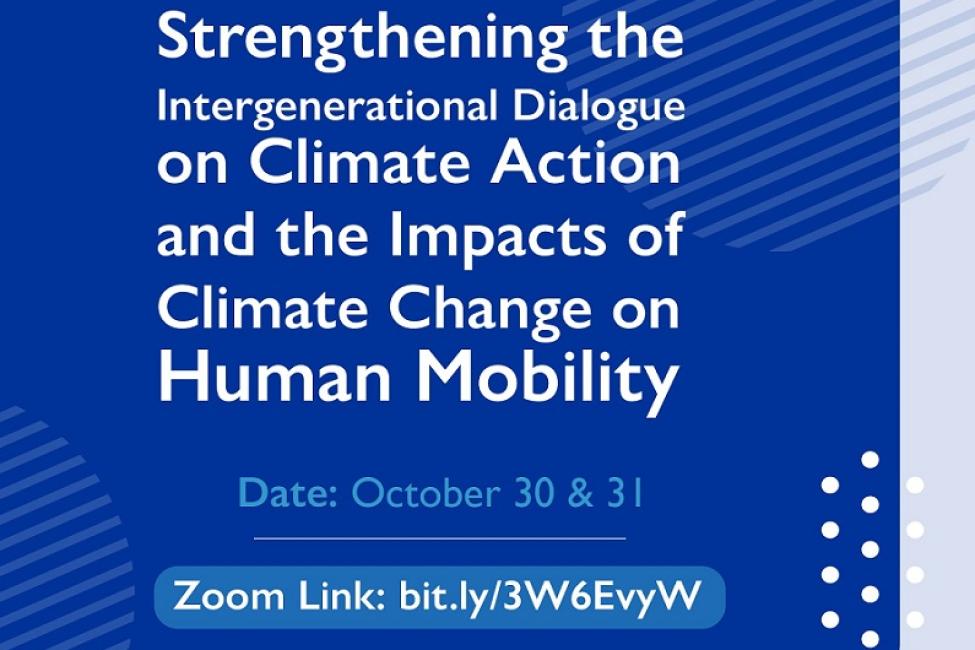 IOM as the UN Migration Agency and the International Federation of Red Cross and Red Crescent Societies (IFRC) as the world’s largest humanitarian network will co-organize two-day discussions titled “Strengthening the dialogue on climate action and the impacts of climate change on human mobility”, 30 - 31 November 2022.

Climate change is an increasingly potent driver of migration. The World Bank report projects that, by 2050, without concrete climate and development action, just over 216 million people—or around three percent of the population in Sub-Saharan Africa, East Asia and the Pacific, South Asia, North Africa, Latin America, and Eastern Europe and Central Asia—could move within their own countries due to the slow-onset impacts of climate change.

In North Africa alone, “internal climate migrants” could number as many as 19.3 million, representing 9.0 percent of the subregion’s total projected population. A substantial number of them would be youth, as the region has a high proportion of the youth population.  It is projected that the youth population in the MENA region will increase by 2.4 million each year during the peak period . Worldwide, around 20 percent of persons internally displaced by disasters and conflicts by the end of 2020 were youth.

Climate change induced migrants move from less viable areas characterized by lower water scarcity and reduced crop productivity and from coastal areas affected by rising sea level. The poorest and most climate vulnerable areas will be hardest hit. These trends, alongside the emergence of “hotspots” of climate in- and out-migration, will have major implications for climate-sensitive sectors and for the adequacy of urban infrastructure and social support systems in both rural and urban areas. While some climate migration cannot be avoided due to the lock-in of climate effects of past emissions, The World Bank report also indicates that future trajectories of climate migration are not set in stone. Adaptation to climate change including disaster risk reduction can represent one of the main answers to the increasing impact of climate and weather events on different socio-economic dimensions including human mobility.

The event will take place in English with provision of simultaneous interpretation in Arabic, and French.