Environmental migration, like other types of migration, is a gendered process. Migrants of all genders have different needs and priorities and are exposed to various risks along their ways. Climate change disproportionately burdens women in particular who have different access to information, resources and employment opportunities in destination communities and countries. As climate change destroys existing livelihoods, women are more exposed to the risk of being left behind and trapped in dangerous environments while also expected to taking care of family and household responsibilities, when men migrate to seek better livelihood opporttunities. In addition, behavioural restrictions can hinder women’s ability to move without the consent of a male figure, therefore women’s options to adapt to disasters are strongly dependent on socio-cultural gender norms. When women are pressured to migrate in order to sustain a healthy and safe living elsewhere, they often face specific risks during their migration routes. Migrant women already on the move are often forced to return to their countries of origin or are at risk of becoming trapped and unprotected along their migration routes. They are also more exposed vulnerable to risks such as abuse, discrimination, exploitation, and Gender-Based Violence (GBV), including trafficking in persons, and face challenges in accessing sanitation, and sexual, and reproductive and mental health services.

Women play a key role in waste management and in the production, processing and trade of agricultural products, however, are less likely than men to own productive and financial assets, social protection and land, to help them absorb shocks. In rural areas, the adverse effects of climate change include increased workload of women and girls to collect water and firewood as well as food and nutrition insecurity due to water scarcity. While women and girls often take disproportionate amount of unpaid care work in the household and communities, their burden of reproductive work is likely to increase in the aftermath of disasters. The burden of unpaid care work on most women, including migrant women, will become increasingly time-consuming leading to less time to engage in recognised or paid work, participate in community decision-making processes, gain knowledge on adaptation strategies or invest in new resilient livelihoods.

Environmental migration can deepen pre-existing gender divides and expose women to new vulnerabilities. Due to discrimination based on place of origin, race, ethnicity, religion, social status, education, ability, etc., women face a multitude of oppressive factors resulting from the lack of social and legal protection and intensifying the gendered experiences of poverty, discrimination and socioeconomic inequality. This, in turn, generates other factors of exclusion, such as wage gaps, difficulties in accessing housing for single women, access to information, etc. Women from the poorest communities who depend on natural resources for their livelihoods often have the least capacity to respond to climate-related hazards, such as droughts, landslides, floods and hurricanes. It is therefore critical to address existing gender inequalities and ensure the rights of people of all genders, including women and girls, who experience intersecting forms of discrimination. In this regard, the negative impacts of climate change exacerbate the challenges faced by other marginalised groups, including persons with disabilities, migrants with irregular status, persons with diverse gender identities and/or expressions and older people, particularly regarding access to adequate healthcare and protection “due to their particular vulnerabilities, heightened risk of violence and societal exclusion” (IOM 2021,p.24).

Gender analysis is a key tool in developing adequate and durable responses to environmental migration that meet the various needs of people of different gender and age groups, and how existing gender inequalities shape people’s ability to adapt to climate impacts, made decisions to whether and how to migrate and their experiences of migration. It is also essential to include gender considerations into international frameworks and processes related to climate change mitigation and adaptation (Paris Agreement), disaster risk reduction (Sendai Framework of Disaster Risk Reduction), and (environmental) migration (Global Compact for Migration) discussions as well as the attainment of SDG5 on gender equality to ensure that policies and interventions are effective, fair, implementable and gender-sensitive/responsive at the regional, national and local level, and so do not perpetuate existing inequalities and vulnerabilities or create new ones.

It is critical to recognize that women, including migrant women, are also powerful agents and leaders in their families and communities, and at national and international level, providing resources for their families, facilitating migration, and adapting during displacement. Utilizing the contributions and ensuring the gender equality participation with diverse groups of people, including with indigenous communities, older people, those living with disabilities, etc. is key to addressing climate change and disaster impacts and ensuring that any solutions build on the capabilities, knowledge and perspectives of people of all genders, including women and women, and empower them to be active agents in mitigating climate change and pursuing adaptation responses. Therefore, there is a strong need to adopt inclusive and participatory approaches to ensure gender-responsive solutions.

Understanding the Nexus of Migration, Gender, Climate Change, and Agriculture in Tajikistan

This project aims to work towards ensuring migration is mainstreamed in climate change adaptation policy or programmes and the adaptation needs of women left-behind are met. In order to do so, evidence-based knowledge and capacities are enhanced to address the nexus of migration, gender, climate change and agriculture in Tajikistan. The project has two key Outputs: one focused on action research related to training women in the communities on financial literacy and climate-resilient agriculture, and the other focused on influencing Government knowledge and policy on the topic.

IOM is supporting the Adale peace dialogue to forge a sustainable agreement between all parties. Together with the Core Facilitation Team in Adale,  a small coastal town in Middle Shabelle, Somalia, IOM supports the confidence building measures that emerge from the dialogue, in the form of tangible peace dividend projects. For instance, a group of women is taking over the streets to combat climate change. Clean-up campaigns, planting trees and advocacy messages are also bringing together a community that has suffered for too long the effects of conflict.The project is led by the Federal Government of Somalia with the support of IOM and funding from the European Union’s Instrument contributing to Stability and Peace (IcSP).

Yemen’s ongoing conflict has stretched existing mechanisms and overwhelmed traditional non-formal actors, such as community leaders. The FAO and IOM partnered, with support from the United Nations Peacebuilding Fund (PBF), to implement a series of interventions to strengthen community-level peace building capacities through natural resources management in Sana’a and Lahj governorates in Yemen. The project was implemented from January 2018 to May 2019 and aimed to reduce conflict over land and water, while also enhancing social cohesion through improving livelihoods and increasing the role of women in natural resource management and conflict resolution mechanisms. The project rehabilitated community irrigation water infrastructure, increasing protection against recurrent floods, which often damaged neighbouring houses and contributed to conflict between the farmers and local residents that use the floodwater or irrigation.

Virtual High-level Side Event to the 66th Session of the Commission of the Status of Women (CSW66): Promoting and protecting the rights of migrant women in the context of climate change, environmental degradation, and disasters

Addressing the Correlation between Climate Change, Migration and Trafficking of Women & Girls

Gender and Beyond: Unlocking the Potential of Data and an Intersectional Analysis of Climate Driven Mobility

IOM Spotlight Session on Climate change and migration: A matter of gender equality

The Complex Ties that Bind: Gendered Agency and Expectations in Conflict and Climate Change-related Migration

When the disaster strikes: Gendered (im)mobility in Bangladesh

Gendering Resilience: Myths and Stereotypes in the Discourse on Climate-induced Migration

Changing Climate: Gender equality today for a sustainable tomorrow and the call for inclusive responses to climate change and forced migration in the MENA Region 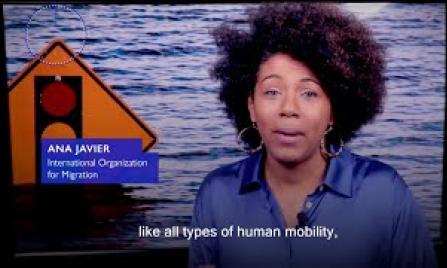 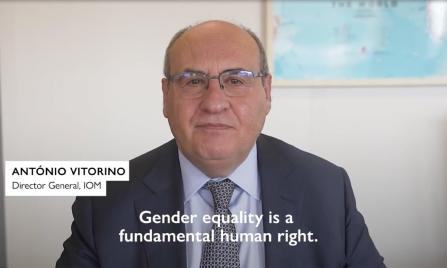 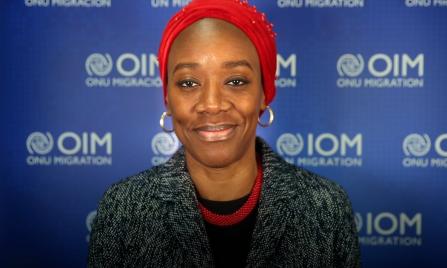 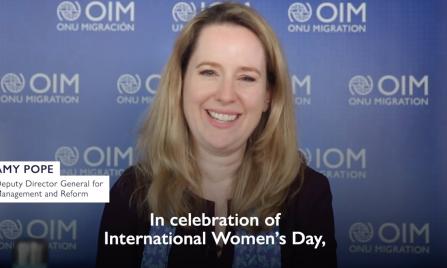 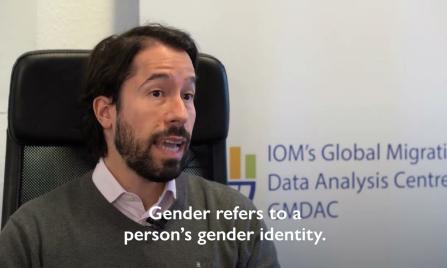 Why Gender Matters for Migration, Environment, and Climate Change Data 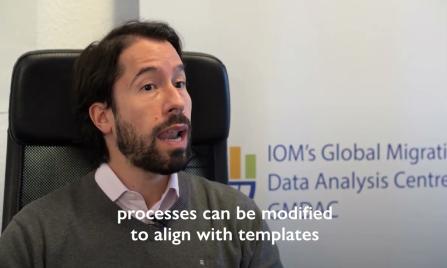 How to improve gender responsiveness in migration, environment, and climate change data? 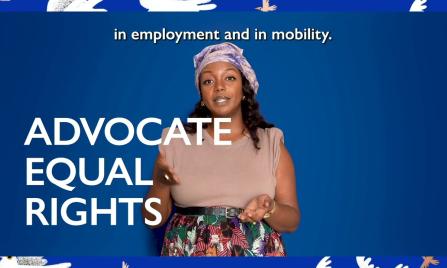 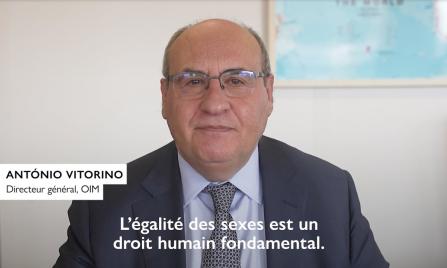