Oceans and climate are inextricably linked as oceans play a critical role in the climate system and is significantly impacted by climate change and ocean acidification. Those climate-changed related modifications have direct consequences on island and coastal populations relying on marine and coastal ecosystems. With oceans being disproportionately impacted by climate change, the last United Nations Ocean Conference in 2017 made the call for 2021-2030 to be considered the International Decade of Ocean Science for Sustainable Development (‘the Ocean Decade’).

Oceans contribute to sustainable development and sustainable ocean-based economies, including poverty eradication, food security, livelihoods and decent work. Yet, the impacts of climate change are threatening the oceans, by contributing to rising the sea levels, exacerbating ocean acidification and coastal erosion, bleaching of coral reefs, and increasing global water temperatures and storm intensity. Oceans also play a fundamental role in mitigating climate change by serving as a major sink for anthropogenic carbon and heat.

The rise of sea levels causes coastal erosion which results in the loss of arable land and water reserves due to salinized soil and groundwater. Degradation of marine and coastal ecosystems threatens the physical, economic and food security of affected local communities and can have direct and indirect impacts on the decision and/or the necessity to migrate. As a result, low-lying islands are likely to disappear and communities in rural and urban coastal areas are particularly affected by the slow-onset effects of environmental change that are expected to further drive global urbanization trends. In these conditions, migration can represent an adaptation strategy for many people who will be forced to leave uninhabitable areas or migrate to cities to find new resources of income.

Recognized as a tool for disaster risk reduction (DRR) and climate change adaptation (CCA), planned relocations can be a measure to reduce the exposure of vulnerable population to the impacts of environmental change in areas exposed to sea level rise and ocean acidification. Some governments such as Vietnam, Mauritius, Vanuatu and Papua New Guinea have already started planned relocations of some vulnerable populations.

The oceans-migration nexus is gaining greater visibility, especially the links of oceans to livelihood and food security are being increasingly discussed within migration policy fora. However, there is still a lack of data and evidence on current internal and cross-border migration, especially for rural ocean-dependent communities and a strong need to elevate this issue and better understand the mobility dimensions linked to threats to oceans and sustainable use of marine ecosystems. Taking into account migration issues in the ocean debate allows to look at the social and human consequences of climate change and place the people at the center of the discussions.

Within the Sustainable Development Goals (SDGs) framework, SDG14 provides an opportunity to bring visibility and promote action on issues related to oceans and migration: Conserve and sustainably use the oceans, sea and marine resources for sustainable development.

The Global Compact for Safe, Orderly and Regular Migration (GCM) is represents a milestone in international policy to address the links between population movements and climate change. It mentions developing coherent approaches to address the challenges of migration movements in the context of sudden-onset and slow-onset natural hazards and embed climate and environmental considerations, including the link to oceans, in the international migration governance agenda.

The SIDS Accelerated Modalities of Action (S.A.M.O.A) Pathway document, adopted in 2014, contains a number of commitments relevant to migration, in particular in relation to climate change, disaster risk reduction, sustainable economic growth with decent work for all, and oceans and seas.

At the 2022 UN Ocean Conference

To further emphasize the importance of the inclusion of human mobility within this process, IOM Director General has recorded the following statement:

IOM is also organising a virtual side event at the the 2022 UN Ocean Conference 'Ocean and human mobility in a changing climate: what now? what next?' More information here.

Ahead of the COP27

The Paris Agreement whose long-term goal is to enhance climate action to limit global warming below 2 degrees, only made a single reference to oceans. Experts have called for the protection and restoration of ocean and coastal ecosystems to be included in climate policy. IOM’s work encompasses general issues related to sea level rise and impacts on coastal areas but also pays special attention to the situation of Small Island Developing States (SIDS). Ahead of the COP26, IOM is strongly supporting enhanced climate ambition that involves in particular:

IOM’s contributions to UNFCCC COPs on migration and oceans

IOM was one of the main organisers of the Oceans Action Day at COP25 hosting events on developing cooperation and coherence in policies and programmes at multiple levels in order to implement a comprehensive strategy on the interlinkages between oceans, biodiversity and climate to achieve multiple SDGs as well as the inclusion of nature-based solutions in the 2020 NDCs.

At the COP23, IOM discussed ways to restore livelihoods and support displaced populations to better prepare and adapt to climate change. Several side events as part of the Ocean Days at the COP22 discussed the linkages between climate-related changes in the ocean, marine ecosystem degradation, the livelihoods of coastal communities, and migration.

Together with WWF, IOM co-organised the side event on ocean health, climate change and migration as part of the 2017 UN Ocean Conference. After COP 21 in Paris in 2015, IOM initiated together with the Ocean and Climate Platform (OCP) the analytical work on maritime ecosystems degradation and their impacts on livelihoods – and subsequently on migration, which was followed by common action at COP 22 in 2016 in Marrakech during the Oceans Action Day.

IOM is working in close partnership with a number of ocean actors, including the Global Ocean Forum and the Ocean and Climate Platform (OCP). IOM’s innovative partnership with the OCP has three key objectives: 1) improve the knowledge base on this topic; 2) raise political awareness and encourage action to address these issues at the global, regional and national levels; and 3) develop concrete long term programmes to support affected populations.

IOM is also a member of the Global Climate Alliance and works with the Ocean and Climate Initiatives Alliance, that seeks to drive momentum for concrete action and solutions and federate existing initiatives on issues related to climate and ocean.

Since 2018, IOM partners with the Mayors Migration Council (MMC), a mayor-led initiative, with C40 Cities climate Leadership Group supporting on the intersection with climate change issues.  Together with MMC and the United Cities and Local Governments (UCLG), IOM co-leads the Mayors Mechanism, an initiative to help local and regional authorities participate in and inform the state-led Global Forum on Migration and Development (GFMD).

Transformative Human Mobilities in a Changing Climate: The project provides case studies and evidence that identifies pathways to which vulnerable populations, including fishing communities, can use migration towards a sustainable future.

Pacific Climate Change Migration and Human Security (PCCMHS): The joint programme contributes to national and regional discussions on how to ensure that communities, that rely on marine and other natural resources, can stay where they are or benefit from moving.

Implementing Global Policies on Environmental Migration and Disaster Displacement in West Africa: This project focuses on agroecology and coastal resilience in West Africa and underlines the inclusion of nature-based solutions in addressing ocean seal level rise in Senegal. 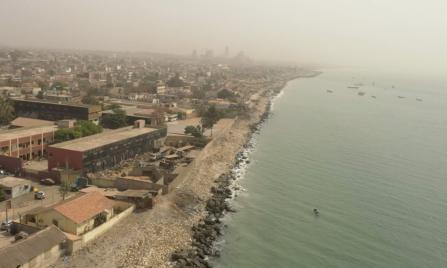 Migration and Coastal Erosion in Senegal 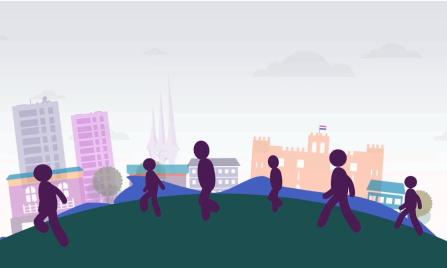 The Tale of One City: Abu Qir 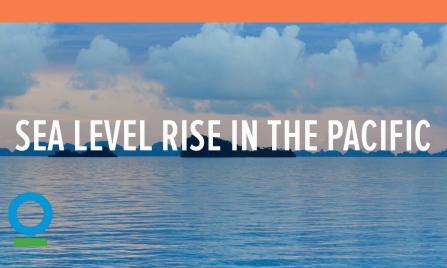 Sea Level Rise in the Pacific

Leaving Place, Restoring Home: Enhancing the Evidence base on Planned Relocation Cases in the Context of Hazards, Disasters and Climate Change